Time was rapidly running out before the ramped up MC would be leaving us. The 5th was coming nearer but the group of players who hadn’t completed it already was getting smaller. Throw Christmas into the mix and you get a queue time of over an hour.

Chizal had put up an event for Monday to have a last ditched attempt at getting people through MC. In the end there was four of us. Not a huge turn out but it was enough to get onto ts and have a good giggle.

We did our Apexis daily while we waited. WoW decided that it didn’t like a particular rare I was trying to kill and kept crashing when I tried to shoot it.
After being kicked off the server while trying to leave a 25 man lfr I was not holding out much hope for a 40 man.

Chizal visited my Garrison and I caught sight of his gear. commenting about how his shiny stuff he had from the last patch was much more easy on the eye he went off to mog everything just for the raid. He then called me the fashion police…
“Don’t take tips from me, you’ll end up half naked!”
“Hahaha true!” Danue said.

Eventually the queue did pop. Right while Jolly was dead. Nervous excitement after waiting an hour transcribed itself to us telling him to hurry up and finds his corpse with “run Jolly! Run!”
The loading screen did also procure more nerd squeaks as we prepared to go in.

The tanks decided to go wall hugging rather than run through the middle. Unfortunately we managed to pull a huge group and died. Some questioned the route asking wouldn’t it make more sense going the normal way? Either way, I didn’t have a clue where I was going and now that the mobs were capable of one shotting you, I just wanted to follow the tanks!

We got through and eventually made our way through to the core hounds. This boss was slightly concerning as the packs needed to die in one go. With the instructions of ‘AoE only!’ The first pack was engaged. Until this happened…

We did kill them all and were instructed to wait until we were all out of combat before we engaged the next group. This one went down just fine.

The problem occurred when we went straight for the next pack without waiting and ended up ressing the last lot as they hadn’t despawned.

We did recover and the actual boss seemed to be easier than the packs themselves.
Leaving the boss room a rogue stealthed as many as they could to sneak past the imps. Unfortunately, Jolly had an announcement to make over ts…
“That may have been my fault…”
The raids grid started to flicker as people were being attacked and the imps themselves charged out. There was a witty response to the situation which trivialise the huge amount of adds we had just gathered.

I couldnt for the life of me work out where we were heading. We seemed to just trip over bosses without being particularly prepared for them.

The big finale was what we were here for. With Jolly keeping an eye on a Warrior that had seemed to go off track and ‘might know something we don’t know’ we ran to the inner sanctum, Raggy’s lair. 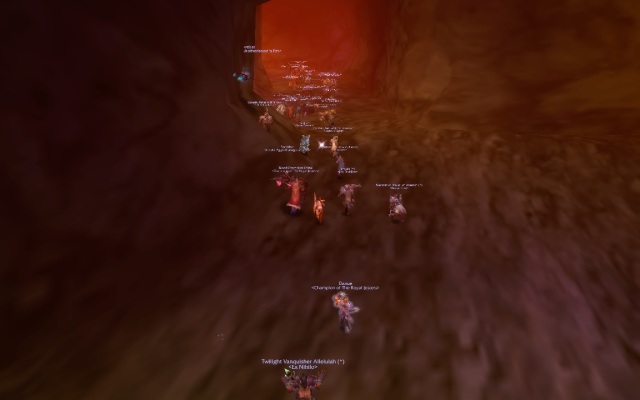 On the way we somehow managed to pull a heap of adds. My name plate was red, despite not actually pulling anything I seemed to have been caught in the cross fire. I could see Jolly was slightly behind me so asked if he just had some mobs run past him as they tried to catch up with me. “Don’t worry, they pulled a lot”. Calming words right there!
I got punched in the back of my head and asked for a res as I was so done with running half a mile back to the group. We were super close and I couldn’t quite remember the way back.

This was where all the fun began…

Blue was the tank spot. So as much as i would have loved a screen shot of Raggy’s face, I didn’t want to get smited either. 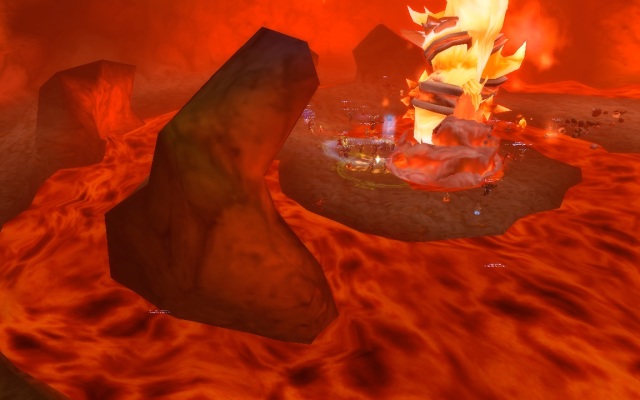 After being flung back a couple of times it was all over. It wasn’t quite the mad scramble I thought it would be. Like the kind of raid where your screaming at your screen for the last few dps and sole healer to KILL IT!!!!
This great fire boss had singed a few of our hairs but not inflicted and grave damage (apart form that one guy who always stands in the cleave at the start)
Upon returning to our Garrisons, we picked up our mail to collect or shiny new mounts. 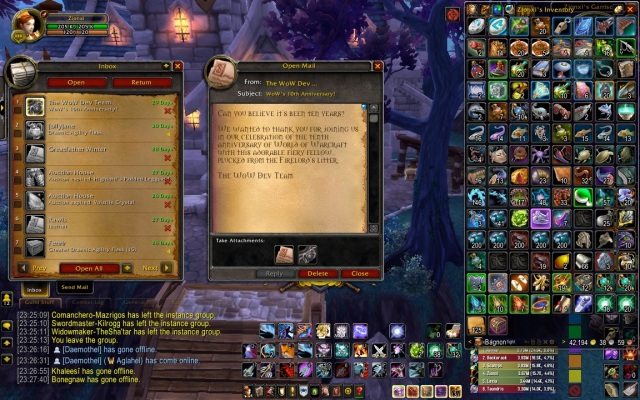 Danue was also had won a new pet. She had gotten Hatespark the Tiny. Which is the cutest thing ever!
While I didn’t get a screenshot of it, I did look it up to see how adorable it was. The answer was ‘very’

I also had a look at my shiny new helm. Trying it on in the ‘dressing room’ a thought occurred to me.
“You know, it kinda like like I’m in the Sims. When they get really angry and their plum-bob goes red…”
I clearly wasn’t alone in the sim playing front as many “YES!” went out over ts and we had a good laugh at it.

I have to say it’s not a raid I would repeat and I can understand why others who had already completed it were not enthusiastic about going back. With the queue and the raid combined it was three hours long. But to be able to say I’ve done it and experienced a raid of that scale it was worth every minute.