I haven’t posted in a while, I’ve realised. It’s not because nothing has happened, we’re battling our way through Garrosh’s phases at the moment.

The concentration thats gone in has made me forget about the funny things that have been going on.
Like stunning everyone with Aspect of the Pack in the ToES phase…. 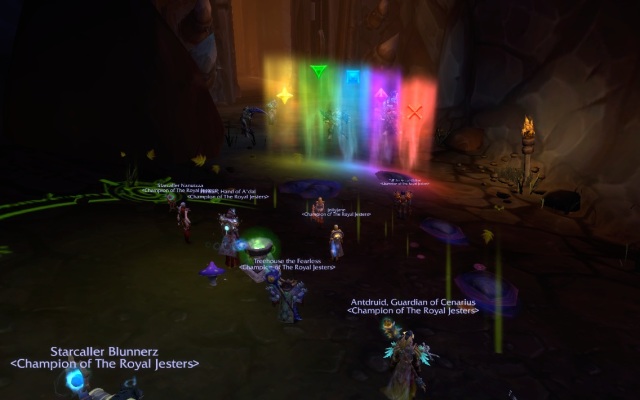 On the way in we had some upsets with the trash. By upsets, I mean we died, a lot.

It was decided on the last pack that no one should cross the rainbow, seeing as we had managed to pull everything while trying to get close enough to cc them. I had caused two wipes while missdirecting one of them onto Tsff with my cape still on. A shower of sparks rained down over the mob encased in ice and he was not happy with me at all. My origional target went running off to Tsff and his friend followed while I occupied myself with running round trying to avoid the one I had pulled.
Needless to say it didn’t end well. We did not find our pot of gold at the end of the rainbow, we just spent gold on repairs instead.

We did make it into the Throne Room and watched Garrosh beat the crap out of Thrall. This is where we have spent the last three days. In between our serious focusing on what we are doing and perfecting each part we have had a lot of what Flinkan refers to as downtime. We have become better at recovering after wipes, we don’t have to call Jolly back from reading quite so much, Ant doesn’t disappear for smokes as frequently. It has meant though, that when someones afk we have a huge amount of downtime all in one go. when that happens, we can but mess around!

Case number one: All the smokers evacuate their rooms and take five to recompose themselves.

Theres a long standing joke here that I once said that I was going to ‘roll a fag’. Where I meant I was going to roll a cigarette, some of the mainland Europe members of the team had never heard the expression before and wondered what the hell I was doing. 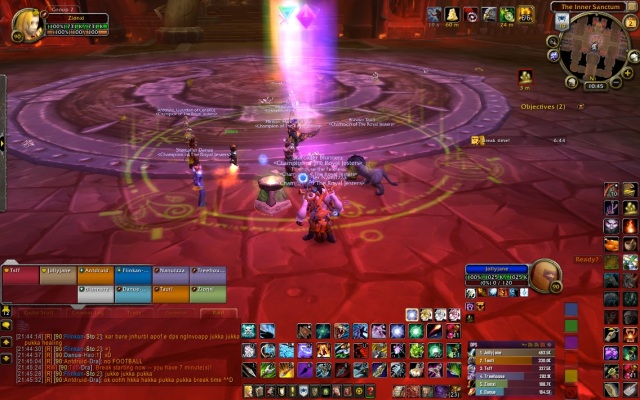 Case number two: Nanutza wanted to ask Tsff about something in TS but couldn’t find the right words in English. Excusing herself she asked him in Romanian, which resulted in a hilarious recount of what they had said in Raid Chat.  Pukka Pukka Break Time! 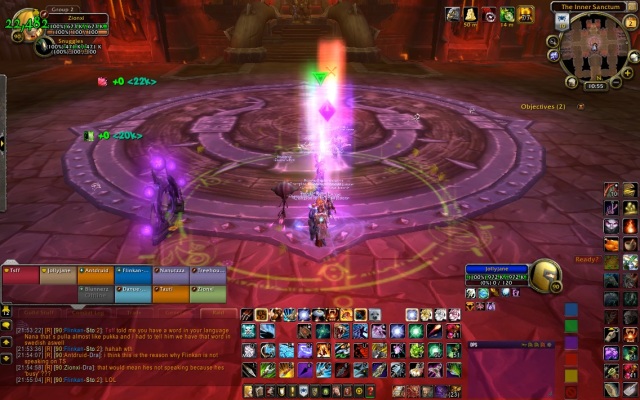 Case number three: Ant and his special pipe… sometimes if we are lucky/things are going badly we get to hear the special pipe.

Case number four: If in doubt about whats going on and if people are afk. Just yell random things! 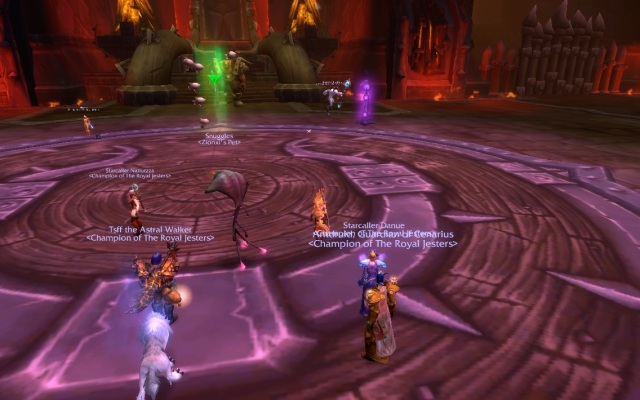 Case number five: If you can’t think of anything better to do then chuck as many zeppelins as you can at the resident priest.

Case number six: Harrasment! Verdie had given us a macro to use to target the desecrated weapon quicker. Flinkan was away for the ready check so everyone started poking him and calling to him on TS. After a lot of poking from me, he decided to poke me back! 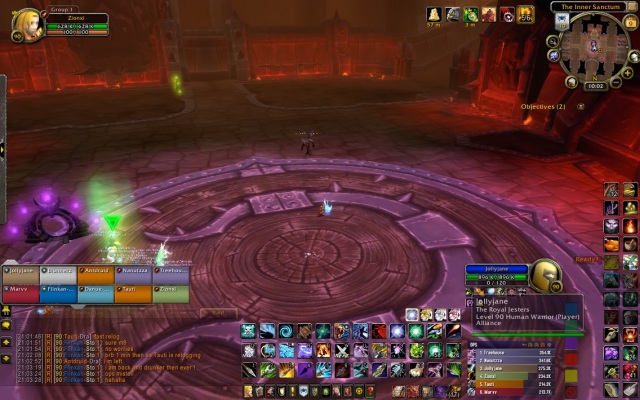 Case number seven: Open a beer… in the middle of a raid. who needs to have good reaction times anyway!?! 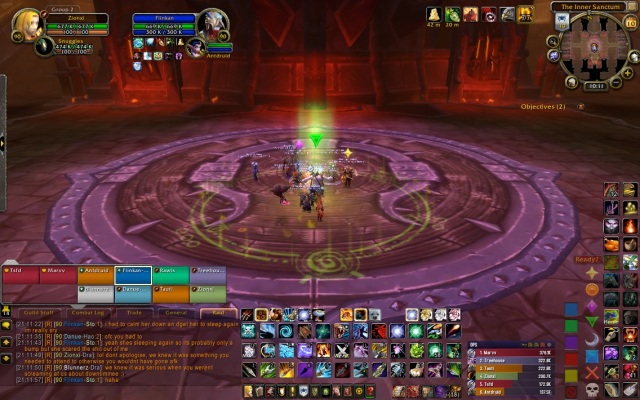 Case number eight: After being away for seven ready checks and countless yelling of ‘DOWNTIME’ both in game and on TS, Flinkan finally made it back. He was totally excused by us all as he actually did have something requiring his immediate attention (His daughter was fine in the morning!) 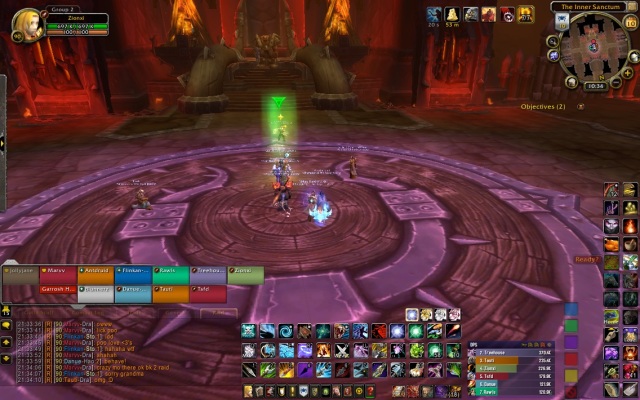 Case number nine: Talking about the dps for this and if we can zerg through some bits. Flinkan helpfully pointed out that he was just poo, not dps, which warranted this conversation which took up five minutes!

Case number ten: Which leads nicely on to the conversation about email addresses. Marvv put his up in raid chat and we all immediately told him that we were going to sign him up for all kinds of random crap, as you do. Flinkan then added in his email. To which Ant pointed out that it went so well with the caring father figure we had seen earlier!

Case number eleven: We had spent a good half an hour going over tactics for different phases and trying to pin point where we could do better. After all of this Flinkan decided that the tactic he had enforced on all of the other bosses was the only one we needed here…