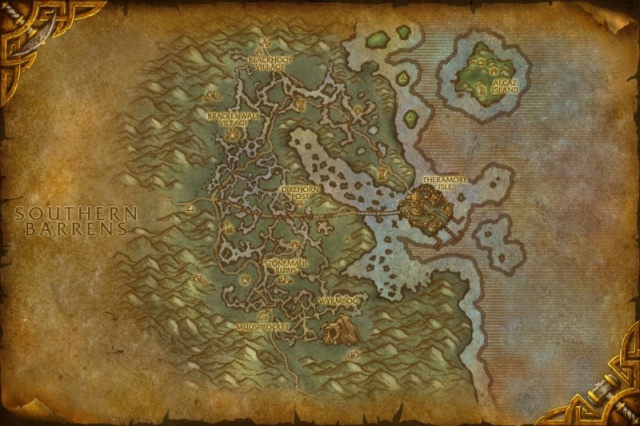 I really should get out more often in WoW. There are some places I regularly go to around Pandaria and a few places I go to in Eastern Kingdoms but Kalmidor? Not really unless it’s Winterspring for ore.

Two guild mates had recently been farming for the Glorious Legplates and had been circling between three sites for them to drop. One of them was Hive’Regal in Sithilis. The other was at the southern point in Winterspring (where the back entrance to Mount Hyjal is) and the third place was Alcaz Island. Why these three areas? Well Blizzard helpfully removed the mobs of the right level for these Legplates to drop so the three areas above contain mobs as close as you will get. This does mean that you have to suffer through a vastly reduced drop rate and as a Game Master said “there’s a chance they will drop but also a chance they won’t ever drop. Just keep killing things”.

When one of them mentioned this last place it caught my attention. I was sure is heard of it before and even been there… I looked it up and had an investigate of where exactly it was. Near Theramore. I had been there! While I was leveling!

I’d happened upon it while questing and needed to kill divers around the wrecks. I’d seen the elite hydras from a safe distance and decided it was in my best interests to leave them well alone. The sight of elites anywhere always sparks interest and I was sure that when I had leveled up a bit from the Dustwallow Marsh levels, I’d be back. Alas, I completely forgot about it until now.

I flew over to find it compleyely deserted. Nothing there at all… I couldnt work out why there was nothing here, wondered if I needed to do sme quests to see things again… Then I did remember that there is a person you can speak to on the bridge going into Theramore to turn back the time. I’d clearly been here vaguely recently but only to play about in the ‘before’ Theramore and hadn’t ventured any further afield.

I spoke to this lovely lady/dragon and she kindly turned back the time for me so I could interact with the area before Theramores destruction. After telling me it was “Such a waste…” I flew off towards the island again, wondering if it worked that far out or if it was just for the Theramore itself and I’d somehow lost the opportunity to see the mobs they’re again.

I got to the dock and they were there! Hurrah! 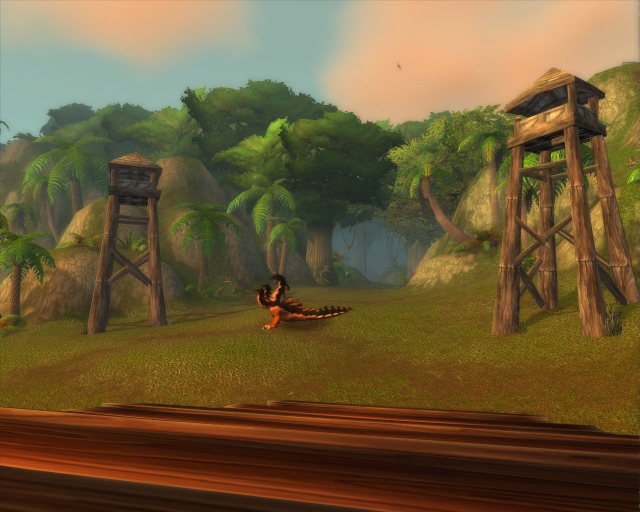 There were Hydras everywhere near where I landed, one was even being taken for a walk (cute). There’s been speculation on if the Hydras are native to the island or have been summoned by the Naga who are here in the phased version of the island. One would guess that they were summoned or they would still be there once the Naga disappeared.
Considering the similarity of this island, with its tropical vegetation, to the Echo Isle that is a stones throw away and the Naga that gatecrash the Troll starting zone it could be possible that the two are linked in some way. 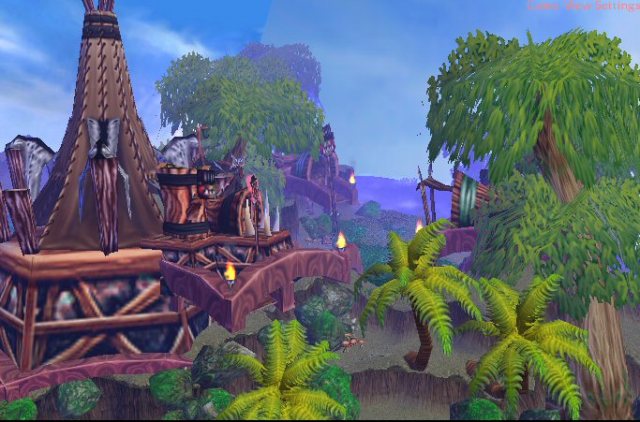 Flying around a bit more I came across the huts and the pesky Naga, more Hydras and some little gnomes guarding an aircraft. More interestingly was the abandoned and derelict Alliance Tower at the top of the hill.

This did catch my imagination and caused me to do some digging into the history of the island. I found out… Not a lot. Apart from that there is a large amount of love for this place among rp guilds and that the King was held here in the dungeons. THERE’S DUNGEONS??? THE KING WAS HELD HERE???

Shamefully, it took me running into every hut to try and work out how to get underground. The massive open trapdoor wasn’t a big enough clue clearly at the time but eventually I was under.
Above ground, there are lots of grills on the floor which you can see into. Below ground there is no correlation to where these are positioned. The ceiling is solid. Is there another level of tunnels somewhere?

Going below the tunnels now have Naga in them (joy) and the standard dungeon ‘creepy stuff’. There was nothing out of the ordinary to show the past use of this place and after swimming through the waterlogged passage to get to where the lone Naga now stands/the King was kept there was nothing monumental there either. Why does this place have a dungeon in the first place?

Was Theramore actually a cover for contraband smuggling? Could the Naga not resist getting their webbed hands on some illegal goodies and therefore ambushed whoever was stationed out here and it wasn’t defended as no one could find out the real reason behind the using of the island? There are lookout towers (surrounded by trees so pretty difficult to see anything) and a lighthouse to steer normal ships away from it, so maybe! The Defias used this place to hold the King so maybe it was them that built the tower and made it out to look like it was an Alliance outpost to cover their shady dealings (I have no idea what the true lore is behind the island so this is just me being pumped on coffee and letting my imagination run riot about ‘what could have been’) 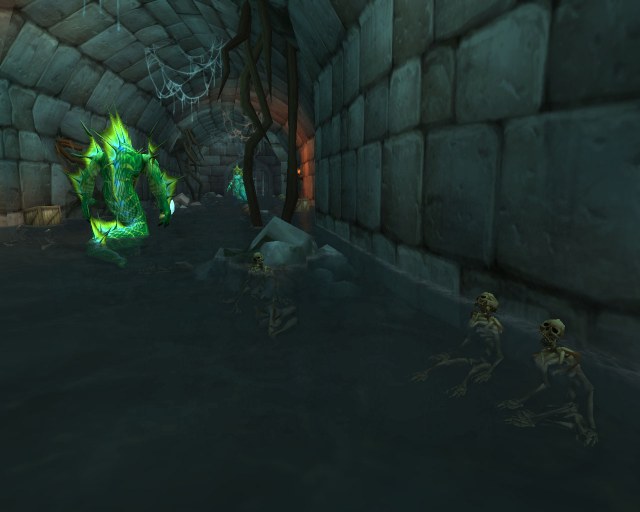 The iron maidens were not to torture people! They were used to hide the smuggled sweets from the Stormwind vendor to sell on outside Ogrimmar!

One point to consider is that there are stocks and gallows on the island. This place meant business to whoever was unfortunate to end up here. Theramore isn’t so lovely once you know that beneath the beautiful cobbled streets they had a system of underground dungeons where they held law breakers.

Despite this internal debate, the Alliance places a high value on law and order in Theramore, and city guards make regular patrols to maintain the peace. When skirmishes break out between high elves and night elves or a dwarf gets too rowdy, the guards are quick to round up the offenders for a speedy trial at the Foothold Citadel and imprisonment in Ironclad Prison, the dungeons of which are along tunnels dug deep into the rock of the island. Sentences for fighting and disturbing the peace tend to be light (usually only a few days’ incarceration), but sentences for more serious violations of the Alliance’s code of law, such as high robbery or murder, can be much more severe

Do the Gallows serve as the point where sever lawbreakers of Theramore meet their doom? Did the dungeons and tunnels once lead to Alcaz itself? Is it these possible executions that are causing the Theramore guards to question whats going on and to abandon their posts?

Having gallows on an island where they wouldn’t be used is a little odd. They’re made out of wood so some time and effort went into them, the lookout posts could be there to keep an eye on any possible escapees as they are not high enough to give a clear vision of the area around the island due to the tree height. The huts themselves are similar to the camp huts where Thrall was in the Escape from Durnholde  dungeon. So maybe it is completely an abandoned prison camp. Just like Alcatraz itself.

I’d love some proper lore about this place and what it actually was before it was abandoned and overrun by nasties.

One thing that is puzzling… How come Dr. Wevil and his minions are not constantly under attack by the Naga?