So, I took some time out to concentrate on my uni work and just recently got back in the saddle (literally, as I finally just got flying!).

While I did not miss solo questing, I did miss the shenanigans to be had in groups. Be it world quests, dungeons and raids.

Recently I have been just uploading to the twitter page the interesting/funny things that have been going on. Many a time over discord there will be the sounds of “She’s tweeting rather than killing the boss…” but in all fairness, when things are so funny that I can’t see what I’m doing due to tears of laughter… I may as well tweet…

This place gives me nightmares. Particularly nightmares of being at the last boss with someone who doesn’t know how to operate a ball of light.

We did this with a keystone and holy hell, I’ve never had so much fun dying.

Vault of the Wardens contains a lift boss. Lift bosses are, as everyone knows, the hardest bosses in the whole of WoW. To get an idea, Gul’dan is as frightening and mean as a wet leaf in comparison. As soon as you see a moving platform, you know that death is imminent for at least one of your team. 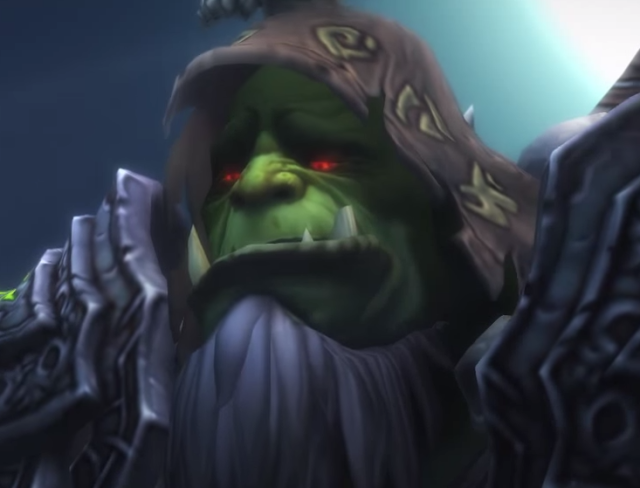 Now, in this particular instance there were four guildies and one pug, a pretty decent Rogue (didn’t remember to jot down his name but he was such a good sport he should be given some sort of ‘I survived a KLR Keystone Dungeon’ achievement). We were doing a level 10 to ensure we got best loot from our chests at the end of the week and it just so happened to be for this dungeon.
We cut a path through the first part of the dungeon and things were dropping like flies. As we came towards the lift boss, I was the slowest due to the Aspect of the Cheetah being nerfed so I did my 180 disengage to give myself a speed boost.
This was all fine and dandy but I decided that it wouldn’t be in my best interests to stop at the edge of the lift with everyone else, oh no. I decided to just keep running and sailed past them all into the hole.
As there were screams over Discord (due to the fact if I couldn’t grab back a shred of dignity with a perfectly timed disengage before landing, I just lost us some time) I saw a level of the floor go past me and panicked. Disengaged into the wall and fell down another two floors…

Not only did I fuck up big time. I also killed the Rogue. Who decide upon seeing me throw myself down the hole thought the lift must be coming up and jumped in after me. Realising too late that he was taking the fast lane to sure death right at the bottom.
Releasing and running back, I got there before the lift had even made its way back up to the top. I was in hysterics. I couldn’t stop laughing. It was probably due to the heart stopping stress of what I had done only 10 seconds earlier.

As we actually got onto the lift and made it down, we made a tactical error of tanking the boss in the middle of the room, by the massive hole in the middle. My DPS was abysmal. with tear filled eyes I couldn’t see anything of what was going on. I could vaguely make out the purple swirly line to face but what the fuck I was supposed to be hitting? Not a chance.
Through this as well, our healer also met his maker (is that a tree?) by being drop kicked into the hole of doom.
The lift boss had eaten three people now…
The healer was dead, the tank got flattened and the boss (the real one) had 5 or 6% left on it. After asking for a tissue to try and get some sense of vision back Raidwiper had tank mode engaged and slowly but surely we managed to kill the boss. I think three of us survived, I managed to for sure but it might only have been one other person with me…

Skipping along to the dude who seems to have taken the wrong turn out of Molten Core and ended up in the Vault… For some reason, rather than jumping off the ledge to get to the platform asap, one of my co-DPS decided to take a leisurely stroll down the stairs.

On the way up, it was a little different…

“Now you can walk up the stairs…”

The giant chess board kinda boss. You know, Durumu mark II was another downfall.
I don’t particularly like this boss, I think it might be something to do with the Vietnam flashbacks from Throne of Thunder and that fucking maze that makes me hate this boss. We didn’t manage to get it down before that stupid light beam phase so Paksenarrion toddled off to turn the pillars around. I was quietly minding my own business and keeping out of trouble in a corner when suddenly I was dead on the floor. “What the fuck! Why am I dead!” I’d dogged all the shit balls flying out everywhere and yet here I was, a time penalty on the floor. It dawned on me, there was a beam of light traveling right through where I was stood. I checked my combat log. Yup, it was the equivalent of a magnifying glass on an ant.
“You hit me with the beam… for fuck sake”

The final boss. Never have more screams been heard than when a bunch of adults don’t see where the gap in the advancing green army of doom is. Just running at the wall because we literally had no clue where the gap was.
Never has more frantic noises been uttered than when five adults start hyperventilating the words “Where is she!!!?!”.
Never has more sage advice come from anyone else than the person who utters “The green things are bad, don’t get hit by the green things…”
This is the boss where you can start running around like a headless chicken and screaming and no one will care because even if they are not externally projecting it, you know they are doing it on the inside. So many things can go wrong yet your so close to getting your chests.
I literally do not know how we managed it but we got three in the end. Brute force at some points I think.
Yet, out of ALL the bosses, the fucking lift killed more people…

I think I had a level 12 keystone for Eye of Azshara. May have been level 11 but I was higher than the Vault of the Wardens one we just did.
We decided to go for it as it is a fairly straightforward dungeon. HA. WHATEVER.

So the first boss, the Naga bastard who keeps throwing spears around. I got targeted and as I was hiding behind an add, the fucking thing dies. luckily, it got absorbed. I got targeted again, except this time we had an add stunned next to the cliff. I got impaled just as I got to it… my corpse fell through it as I flopped down face first with a spear bigger than I was poking out of my back.

Then as we were making our way around to the next one (The one who plays ‘the floor is lava’ but with water) when I was trying to make it through the water on my trusty steed so I didn’t pull the add at the side when I got hit by lightning and knew I was in trouble.

I died and released, and ran back, this time on my Water Strider. Jumping off the same rock that I had been told to jump off before, I started out into the water and got electrocuted again…

“Why are you dying again!?!”
“I keep getting electrcuted!”
“The lightning is bad! That’s the last boss! Why are you running at the last boss?!?”
“I’m trying not to pull the add…”
“OMG. Meet her half way and go get her and I’ll pull…”
“You released! Whhhyyyyy did you release!?!”

I did eventually make it past the water but I did pull the add and died there. So I had four deaths to my name and we were rapidly running out of time.

Ah, you can actually make that five as I died to the ‘floor is lava’ boss as I got pelted with that purple vomit stuff that you blast out and knocked into the water before being electrocuted in there as well… FML.

On the snake head boss (you know, Megaera 2.0) we pulled too much trash, people kited shite over others and we got two seagulls. It was a clusterfuck. The tank died but so did the boss due to the sheer output from two main raiders. We waddled on to the next boss, the dude with the balls and shit all over the floor.

We made a boo boo however when the tank had a Captain America moment and pulled a snail from outside the instance. Suddenly, we weren’t all that worried about the boss and more concerned with being eaten alive by a very fresh escargot.
(These dungeons seem to have a theme of recycled stuff from Throne of Thunder…)

Moving on past the great snail massacre of 2017 we came back to the last boss. 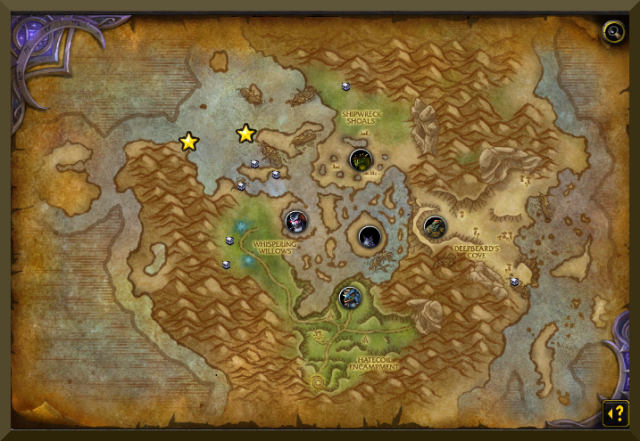 Fun fact! It has only just dawned on me that the last boss is actually in the middle of all the other bosses. Because we run around so much I thought it was miles away from the entrance… It didn’t even dawn on me when his entourage kept annihilating me when I was trying desperately to make it over to the other bosses… but considering I can get lost in a box, what did you expect…?

We caused chaos with the last boss. We spread out all over the place, dispelling was luck of the draw depending on if you were close enough, all the swirlies and the waves had us running around. I had the Monk come over to me when he had a circle around him and my raiding instinct went “Nope!” so I disengaged and skipped off, leaving him yo get cosy with the healer, who promptly died when the swirly went boom. We wiped and raced off to try and organise ourselves like the cool calm and collected raiders we were. LOL yeah right… There was more screaming, running around, not knowing the difference from our left and right.
We just finished the boss in time and we stood there looking for our chests.

We literally ran into anything we could find and started killing them, anyone who could pull pulled, Raidwiper was allowed to growl at things so I could pick off the crabs I had found until we managed to kill enough to complete.

Jogging back, there were our shiny chests. Funnily enough, we haven’t classed that dungeon as easy anymore…