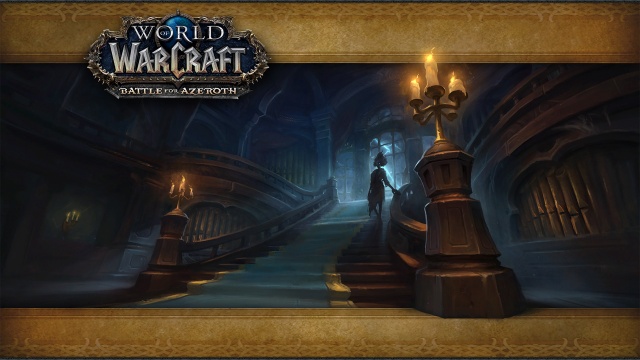 We were in Waycrest Mannor and getting incredibly lost through the five floors as we ran through different doors that seemed to be connected to the same room. We were running down the stairs to try and see if we had gone the wrong way when our tank stopped. Which led to all of us stopping to see what he had noticed.

It wasn’t much but you can see why the ‘hello boys’ adverts had to get taken down at junctions judging by this response. 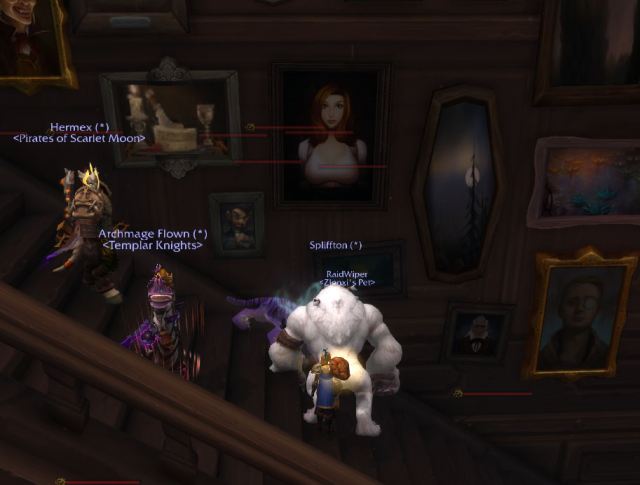 Our tank had been completely distracted by some painted tits on the wall. Enough that he had to stop directly in front of them and look at them.
I guess that it means that all the effort the Blizzard put in to create the interiors of buildings that we visit hasn’t been in vain but I’m not sure that this was the response that they were expecting…

Unfortunately, just as we managed to find the way down to the lower floors below the cellar the tank DC’ed and we waited for another one.

We were discussing what the plan was when another tank came in. We stood there for a while with the tank pressed up against the barrier, wondering what we were doing…

We shot them and the tank picked them up. Ignoring that they may or may not forgotten that they had a taunt.

This was actually quite a fun run. Despite getting horrendously lost, no one got arsey over all the running around. The chat was light and we all banded together like a proper group rather than a bunch of randomers hoping that this dungeon is over painlessly as quickly as possible.

No one was bitching about dps or people not moving for stuff, mainly because we had seen this once at best.

I don’t imagine that this will continue for long though….

*cue people asking for ilvl 325+ to do a mythic dungeon that you need to do to finish a quest line….* <LFR only requires 300…